The ex One Direction member took to his official Twitter page to announce his recent venture with RCA records. He tweeted “I guess I never explained why I left, it was for this moment to be given the opportunity to show you who I really am! #realmusic #RCA!!”

Meanwhile, Simon Cowell shared his thoughts on the matter on Twitter also “We have been working on this for a while and I am pleased to say congratulations to @Zaynmalik on signing with @RCARecords.” “I believe they are perfect label for @ZaynMalik’s solo career and I am sure whatever they release together will be special.” 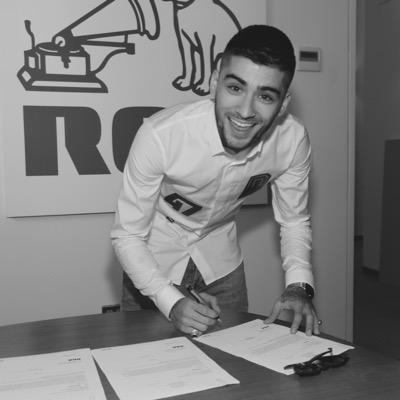 A source close to Simon has said “Simon has set up a deal that suits Zayn and One Direction. Zayn will stay in the Sony family under different label and it’s totally with Simon Cowell’s blessing.”

This follows reports that Zayn has recently been in the studio with Frank Ocean’s producer, Malay. The source stated “Malay is a hugely successful producer and is well respected within the industry too.”