After her very public trip at the Brit Awards earlier this week, Madge stepped out for a party in her honour after trending non stop across social media. The 56-year-old admitted suffering ‘whiplash’ from her fall however the American songstress seemed in top form, sporting some very high Alexander Wang platform shoes (below)

The Brit awards was watched by a total of 5.67 on Wednesday night. This figure was up by a million on last year. This not only means that the ceremony beat the Bafta Awards (which had 4.9m viewers) but also managed to compete with the live streaming on Youtube. 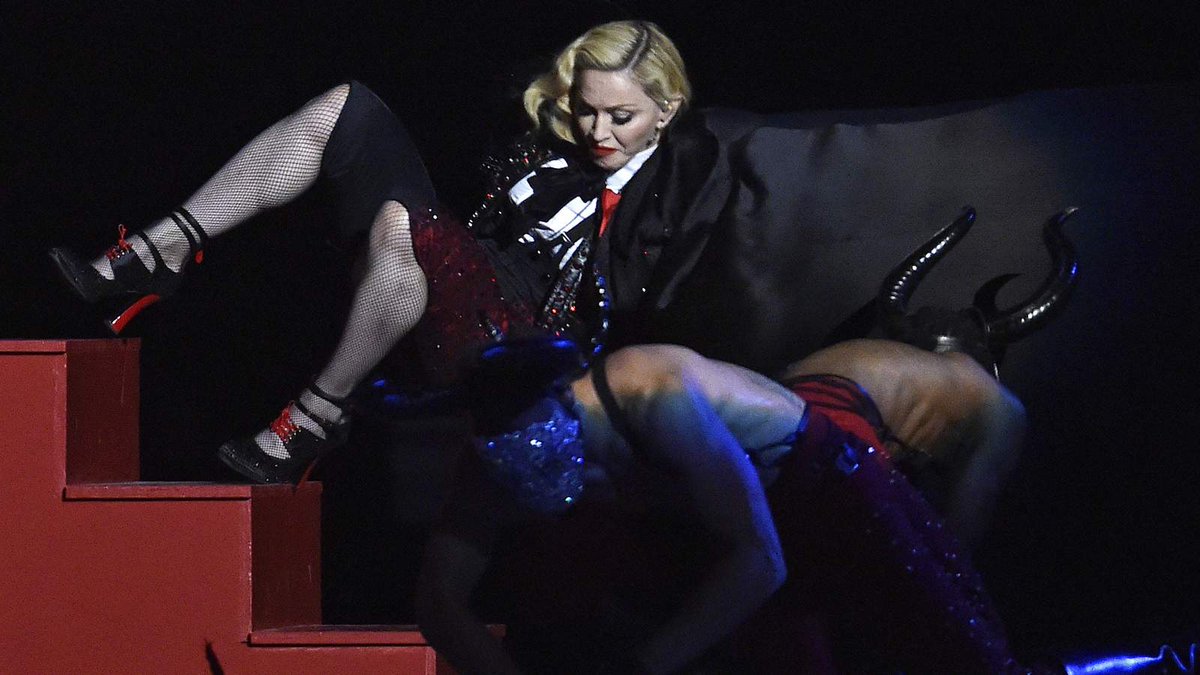